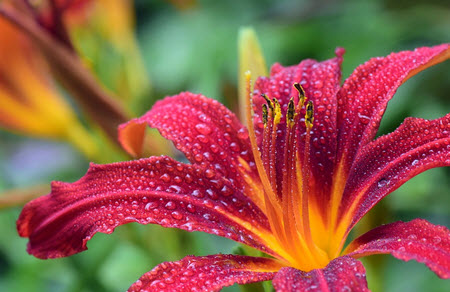 Examples of what can be included in horticultural therapy:

Sometimes adaptations are required, e.g. flower beds that are accessible for gardeners in wheelchairs.

There is some evidence indicating that the idea of horticultural therapy might be very old, with the ancient Egyptian physicians prescribing garden walks for people with mental illness.

In the European Middle Ages, monastery hospitals would keep planted gardens partly with the aim of making patients feel better mentally. (They also grew food and medical herbs in their gardens.)

One of the first medical scientists who advocated for horticultural therapy was Benjamin Rush (1746-1813) who said it was beneficial for the well-being of mentally ill patients. Rush was a physician and social reformer in Philadelphia, and one of the Founding Fathers of the United States. He also founded the Dickinson College.

“It has been remarked, that the maniacs of the male sex in all hospitals, who assist in cutting wood, making fires, and digging in a garden, and the females who are employed in washing, ironing, and scrubbing floors, often recover, while persons, whose rank exempts them from performing such services, languish away their lives within the walls of the hospital. – From Rush’s book “The Diseases of The Mind”, published in 1812 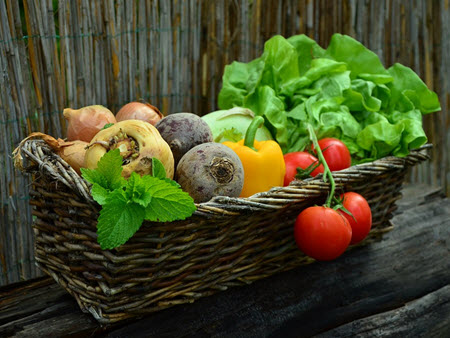 In the same century, Dr. Benjamin Rush wrote about how field labor on a farm helped improve the condition of mentally ill patients. His findings caused many hospitals in Europe to incorporate horticultural activities in the treatment plans for patients with mental health issues or developal disabilities.

In the United States, an important milestone took place in 1817 when the Quaker’s running the “Asylum for Persons Deprived of Their Reason” in Philadelphia constructed a beautifully landscaped park by the hospital, hoping that spending time in the park would be beneficial for the patients. In 1879, the hospital built a greenhouse specifically intended for therapy.

The first half of the 20th century

In 20th century Europe, garden work was prescribed for injured soldiers in both WWI and WWII if they needed to improve their use of damaged limbs and also feel better mentally. Gardening was also seen as a way for them to learn new skills and provide food.

The second half of the 20th century

The American Horticulture Therapy Association (AHTA) defines Social and Therapeutic Horticulture (STH) as the engagement of a person in gardening and plant-based activities, facilitated by a trained therapist, to achieve specific therapeutic treatment goals.

AHTA accredits academic programs in horticulture therapy. There is a set core curriculum that must be adhered to to qualify for the accreditation and it contains both classes and internship requirements.

AHTA believes that direct contact with plants guides a person’s focus away from stress, thereby enhancing their quality of life.